Indian Women Scientists' Association > About Us > Board Of Trustees 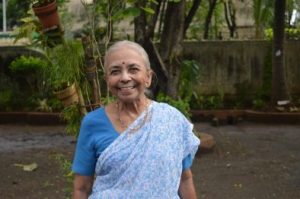 Dr. Mahajan retired from BARC in 2000 and joined SNDT University as Associate Professor. From 2003, she was Principal, ICS, MET league of colleges. She has taught subjects like computer operating system, computer Architecture, parallel processing techniques, parallel Algorithms, Grid computing, Data mining. She is a member of Computer Society of India. She has guided 40 M Phil students and 10 PhD students. She has also written a book on Distributed Computing, which was a text book for Mumbai University and Gujrat University.

She has been a very active member of IWSA and has contributed in many ways. She was President, IWSA from 2005-07. She was Convener of IWSA, Computer sub committee and is continuing as member in the committee till date. Currently she is chairperson of Board of Trustees, IWSA.

Dr. Mahajan was President, IWSA (2007-2009). In 2007, she retired from Homi Bhabha Centre for Science Education (HBCSE), Tata Institute of Fundamental Research, Mumbai. With a PhD in Biochemical Genetics from BARC (Bombay University), for the first ten years of her scientific career, she worked as an Assistant Editor with Science Today, a Times of India publication. In 1990, she joined HBCSE and worked in the areas of biology, health and environment education. Besides research publications, booklets and posters in these areas, she has authored three (two with co-authors) books: Microbes and Disease (Oxford University Press–OUP), New Biology and Genetic Diseases (OUP) and Health Matters (HBCSE publication). She initiated and led the Indian Biology Olympiad movement for the first three years, wherein Indian students won laurels for the country. In 2004, she conceptualized and led a major health and environment education programme, Health and Environment: Action-based Learning (HEAL).

Dr. Mahajan was a paper setter for UPSC exams (GK) for several years in the early 1980’s. She had been elected as Fellow, Maharashtra Academy of Sciences (2002), received the Rayat Shikshan Sanstha’s award in the memory of Savitribai Phule (2003), and was on the editorial board of International J. of Biology Education. She is the first recipient of the Homi Bhabha Award for Science Education – 2006, instituted by the TIFR Endowment Committee. She was an independent elected municipal councilor from Anushaktinagar, Mumbai, 1976-1982. 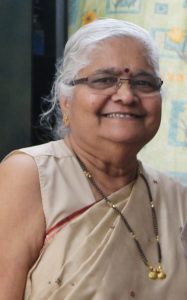 Dr. Rao worked as Senior Scientist in Food Technology Div. BARC, Mumbai for 34 years. Her expertise is in radiation preservation of foods, especially in cereals & legumes. She has worked on compositional, functional & organoleptic properties of food after low dose of gamma irradiation. She has 67 publications in scientific journals. She is a fellow of Maharashtra Academy of Science and many professional organizations. She is also member on the research council of Institute of Chemical Technology. She is an Expert Member, Panel on Food Irradiation (under Technology Vision 2020). Mission Projects of TIFAC (Technology Information), Forecasting & Assessment Council, Govt. of India, New Delhi. She has been a very active member of IWSA and served in its various programmes. She was Vice president, IWSA for 2 terms : 2009-2013 and President for the term 2013-15. Thereafter she joined as Member, IWSA’s Board of Trustees. Presently, she provides advice and guidance for conducting the Diploma course in Early Childhood Care & Education at IWSA. She also coordinates activities for IWSA’s Indirabai Padhye Nursery school. 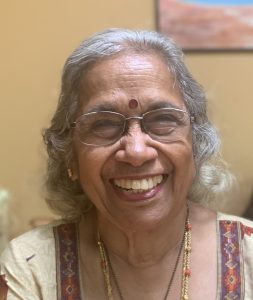 Dr. Devaki Ramanathan was a Senior physicist in Technical Physics & Prototype Engineering Division of BARC, Mumbai for 39 years. Her specialization is in Ultra high vacuum technology, Field emission/Field in microscopy, surface physics, Mass spectrometry technology, Glow discharge & ICP-MS. She has published a number of papers in National & International scientific journals including a paper in the prestigious international journal “NATURE”.

She has been an active member of a number of professional societies. Devaki has served IWSA in different educational activities & program. She was President, IWSA during 2015-17. She also actively participates in the programs of the Science awareness committee and other committees of IWSA. 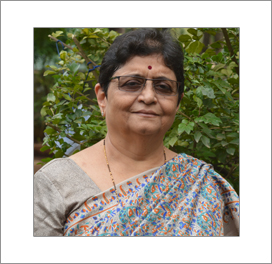 Dr. Surekha Zingde was the immediate past President of IWSA (2017-19). She is now member of the Board of Trustees. Dr. Zingde is also a member of several committees of IWSA. She retired as Dy. Director, Cancer Research Institute, ACTREC, Tata Memorial Centre, Kharghar, Navi Mumbai, in March 2013 after 33y service with the Centre. Her expertise is in Cancer Biology, chronic myeloid leukemia, membrane proteins and signal transduction with present interest in Oral cancer proteomics. Dr. Zingde is Fellow, Maharashtra Academy of Sciences. She is Chairperson of the Indian Scientific Advisory Committee of Lady Tata Memorial Trust. She is a reviewer for several journals and reviewer of thesis from different universities. She is a member of the Scientific advisory committees and Chairperson of the ethics committees of different institutions. Dr. Zingde is involved in syllabus revision and syllabus formation of some colleges in Mumbai. She was Professor of Life Sciences of the HBNI. Dr. Zingde has been a visiting faculty at University of Mumbai-DAE-CEBS, a member of the Research and Recognition Committee of ICT, Mumbai and University of Mumbai and member of government project review and funding committees. She has vast experience in setting up a Research Institute. She provides consultancy for life science research. She was the past President of the Proteomics Society, India during 2014-16. Eleven students have completed their Ph.D and 2 students their MSc under her guidance. She has 75 peer reviewed papers, several book chapters, a monograph and 4 patents.

In early 1970's, a few scientists got together and started thinking if it was enough to work sincerely sitting in a laboratory, doing experiments, publishing work and living in an ivory tower. Or do they have some social responsibility to take science to the masses? Is it not their moral responsibility to use science and technology (S&T) for upliftment of the “not so privileged” class of society, particularly women? They came to the conclusion that unless they formed an association of like-minded women scientists, this was not possible.